©Copyright, April 2018, Parker Owens. All of Parker’s work can be found at GayAuthors.org

In the conclusion to the story, Ted and Jase both contemplate great changes in their lives. What do they decide? To start the story, click here: Apart – Chapter 1.

For lunch, Jase served up an omelette. He added more of the strange goats cheese and chopped onion to give it substance. As for seasonings, his nan would’ve thrown her hands up in horror at the blandness of it all. There were no peppers or chillies of any kind. He used half the ready-ground black pepper in the mixture after he noticed a best-before date of two years ago.

Ted peered at his plate with interest.

“Don’t know what it’ll taste like.” Jase prodded the mound with a fork. “You’ve nothing I’m used to.”

“Best way to find out is this.” Ted filled his mouth and chewed. “You like your pepper, young man.”

“Ain’t anything else to put in it.”

The older man shrugged. “It’s good. I’ll do the washing up, then I’ll take a bath. Things to think about.”

Jase swallowed his food. “Man, why d’you keep so much stuff?”

“Next to the veg. Forgot which door I needed.” That closed-in look appeared on the other man’s face. “The door wasn’t locked.”

“Why should it be when I’m the only soul here.” END_OF_DOCUMENT_TOKEN_TO_BE_REPLACED

Ted goes outside to give the rediscovered radio one final chance. Jase is alone with his thoughts although he has two pigs for company. If is this your first time with the story, start here: Apart – Chapter 1.

As it grew dark, the two men relaxed over mugs of tea. A busy afternoon in the vegetable plot had resulted in a substantial quantity of spuds, onions, turnips, and carrots being harvested. Ted rolled both shoulders, trying to loosen tired muscles. They’d accomplished two days’ work in a few hours. The spadework had been all his. Jason’s injuries only allowed him to assist with the loading. It all helped. Now there was a pleasing heap of produce in that part of the outbuilding not given over to junk.

His young guest sprawled in a chair which usually lived upstairs. “Man, that stew was awesome. And everything came from here?”

“Yeah, except for salt and pepper and such things. Don’t have the spices I imagine you’re used to.” A shrug was his answer. “Good day’s work all round. That kitchen garden, the patch, I call it, was one of the first things I created when I moved in. Learned drystone walling from scratch specially.”

“Ain’t there nothing you can’t do?”

“There’s plenty, believe me.” Ted waited for a shadow to pass over. “Fancy a job here?”

“No way, man. Ain’t ruining these.” Jason held up both hands. “Need them to play.”

“Something tells me you’re good.”

As Ted and Jase talk, the older man realises how little current affairs he knows stuck out on the smallholding. Jase’s description of England isn’t one he recognises.

If it’s your first time with the story, start with Apart – Chapter 1.

That evening, still sitting at the kitchen table, contradictions from their two worlds perplexed the men.

Ted broke the silence. “I last went shopping three months ago. There’s wasn’t anything out of the ordinary then.”

“Three months?” The youth’s mouth opened wide. “Before this lot kicked off, I couldn’t go like two days without ordering stuff in.”

Ted shrugged. “I’ve livestock, eggs, veg, dry provisions, cans – most things I need day-to-day. Times I venture out, our talk’s mostly of stock prices, the auction mart, and such. They don’t bother me with politics.”

This drew a bewildered look. “So you know nothing at all of the shit that’s been going down? Man, that’s unbelievable. Here’s us with Threats looming and you’re completely oblivious?”

Ted noted the implied capital letter. “So what are the threats? War?” That seemed the most likely.

“It’s assumed everyone knows. They’re just referred to as Threats.” Jason frowned. “There’re mentions of insurrection, disloyalty, separatists. Conscription’s coming. Apparently, Richardson hasn’t the guts to address the nation. Martial law’s gonna be imposed nationally from tomorrow. There’ll be tanks on the streets. Mate of mine saw them moving up from Salisbury.”

“Yeah – that’s what gave me the final shove to move on up to Scotland. Jobs, playing opportunities available, and no fucking Richardson, man – what else do I need?” END_OF_DOCUMENT_TOKEN_TO_BE_REPLACED

To some people, any festive season is something to hang on to. In this most awful of years, it promises colour, hope, and the prospect of limited enjoyment.

Here in the UK, it’s been agreed that some restrictions will be relaxed for five days over Christmas. Opportunities are there to travel and form a bubble with two other households. Christmas may be the most widely observed holiday in the UK but there was no disguising that Eid or Diwali were greeted with exhortations to observe the restrictions. A work colleague and his wife had to cancel their Eid trip to relatives with less than 24 hours notice. END_OF_DOCUMENT_TOKEN_TO_BE_REPLACED

Having met our two main characters, Ted and Jase, what happens next? If you missed the start of this story, here is Apart – Chapter 1

Later the same afternoon, Ted unlatched the left-hand door of the outbuilding. Unused hinges creaked and the door dragged over the ground as it was opened. He switched on a dingy, unshaded bulb and surveyed the cobwebbed chaos. How was he going to find a long-forgotten radio? The other side of the partition was where he stored the dried peat together with lentils, spuds, onions, parsnips, and other veg. The side where he stood functioned like an attic – heaps of random stuff, old furniture broken beyond repair, and a couple of never-emptied crates leftover from when he moved onto the smallholding three decades previously.

In passing the crates, a dusty, cracked frame caught the light. He paused to pick it up. Brushing off a cloud of clear fragments, he lifted off a bland stock image of anonymous rolling hills. A puzzled frown appeared. Was this something he had on his desk at work? Underneath lay another photo, one which made him gasp with pain.

His heart crumpled; tears trickled unstopped down both cheeks. Memories flooded in. END_OF_DOCUMENT_TOKEN_TO_BE_REPLACED

For Ted and his collie, Sal, life secluded in the wilds of Yorkshire appears perfect. That is until one day when everything changes. What direction will Ted’s life take now and how does Jase fit in?

Standing in one of the sheep fields next to a tussock of grass, Ted gave a loud, two-fingered whistle. A black and white collie immediately appeared over the nearest ridge, tail wagging.

“Here, girl!” The dog obediently trotted down to him. “Good girl, Sal.” He made a fuss of her.

Sal was his only companion. Often he talked to her like he expected a reply. It gave his voice an airing if nothing else. Though of an evening sometimes, he read out loud to break the silence.

He set off across the fields, dog running in front of him. He loved this part of Yorkshire: sometimes bleak, largely treeless, miles from anywhere. Heather in flower coloured large areas a soft purple. Early autumn sunshine and a steady breeze made for good walking weather. Good also for his solar and wind power generators – the household batteries needed recharging.

As he crested another ridge, he stopped and looked up at the clear, blue sky. Where were the Air Force jets? Their paired practice runs were as regular as clockwork, apart from yesterday. He scanned the horizon. Two days ago, a whole squadron screamed past, hugging the contours, not giving a fuck about his sheep. END_OF_DOCUMENT_TOKEN_TO_BE_REPLACED

Upon a plane as Euclid never knew,
white-sheeted cotton, woven of the best,
made we a tessellation just for two
of interlocking patterns while at rest.
So perfect each concavity and curve
was made the other’s fond, fair form to fit
and tantalize each osculating nerve,
as edge to edge, our warm mosaics knit.
But if broad two-dimension’d space be tiled
through every corner, to horizon’s end,
then endless hours must we recline, beguiled,
until one can’t discern where our shapes blend.
No mere illusion to enchant the eye
are we as lovers drawing where we lie.

You can find all of Parker’s work at GayAuthors.org

Their hold on me had long since loosened.

Glossy green leaves taunt me with their vigour.

Sinking with torpid grace to loamy floor, my final thoughts are of renewal, eager, next spring.

Your comments and constructive criticism are welcome on this, YeahWrite’s final grid.

Image by Henning Westerkamp from Pixabay

Classical music has an image problem.

Even that opening sentence poses issues. Which ‘classical’ music am I referring to? Why, Western, of course. Silly.

As part of my (lockdown) work, I’m preparing a very short guide to classical music history. First off, I’m following the traditional narrative. Jeez, so much of it concerns dead, white men who are, on the surface at least, also straight. That’s not to denigrate those individuals whose music transforms so many lives, but rather, it illustrates how monochrome the narrative remains. END_OF_DOCUMENT_TOKEN_TO_BE_REPLACED

Visitors to A Pencil 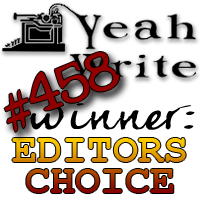 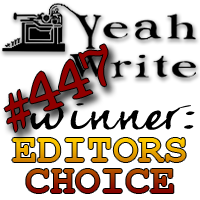 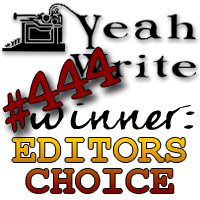 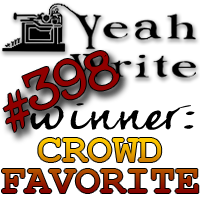 My Tweets
The Window

Find out where to eat, drink, party, and be entertained in Birmingham UK...

Tales of the Second City

Misadventures on the Birmingham Gay Scene

Documenting my writing adventure, and where it takes me.

wisdom and madness and folly

THE VOICE OF SMALL PRESS POETRY

Latitudes of a Day